I thought she looked HOT 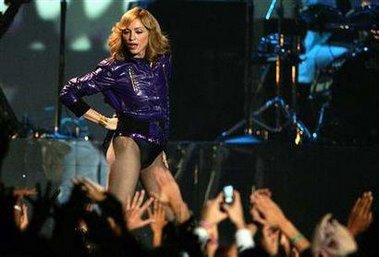 The singer opened the Lisbon, Portugal ceremony with a performance of her new single HUNG UP, which samples ABBA's hit GIMME, GIMME, GIMME.

Walking onto the stage at the Pavilhao Atlantico, Borat said, "Welcome to the 2005 Eurovision Song Contest.

"The singer before me - who was he? It was very courageous of MTV to start the show with a genuine transvestite."