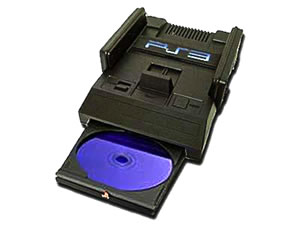 Analyst predicts stalemate in next-gen DVD war
Just as video game companies routinely publish games for use on different gaming systems, the majority of studios will soon be publishing movies for both HD DVD and Blu-Ray, Crotty said, adding that the resources and effort required to publish on two DVD formats are significantly less than programming video games to work on other consoles. - EETimes

Should the Blu-Ray player work correctly in the PS3, AND the blu-ray pops out it's purported 250 gb disc, I think non-compressed video and audio will win the day...

HACK BOTH, PS3 and XBOX