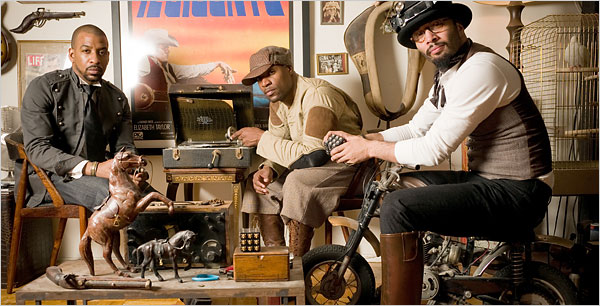 With feigned indifference I've noticed steampunk as a next big mainstream thing, seems the NY Times agrees. No, the NY Times does not = cultural death, why ever would you think that?

It's fascinating to see people of color involved in the retooling of historical eras, previously we weren't so transparent in the paradigm. Sure, there's some who might scoff and deign to call the subculture a natural extension of mainstream rejection e.g. goth/alt/metal/the pierced. When did this youth dismissive culture forget they were once young? Perhaps people get sick of asking for the same things, they see the rock remain a mountain instead of handfuls of sand. I see each expression as a tick tock on the clock of positive evolution.