If Dustin Hoffman agrees to push his date, can we get Rachelle back in? Twilighters might be able to make that happen. 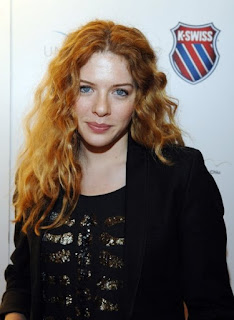 Dear Summit Entertainment,
It's nearly unheard of to re-cast a role in the 3rd film, but to do so after Comic Con smacks of real hubris. Did you think fans might not be too upset, or that it's such a minor character it didn't really matter? Just to let you know, within hours of this news forces online began to mobilize.

What's intriguing is that it's not just Twi-fans that are hitting the roof but fans of films in general as well as women who have just about had it with the consistent marginalization in media. The Twilight Saga is one of the most female friendly properties released in recent times, yet this is the 2nd negative action Summit Entertainment has taken against women in the business. You're looking for different directors due to timing, fair enough. A cast member's schedule isn't workable with yours, fair enough. But it's all about how you handle your shit. Right now, your company is quickly gaining a brand of MORONIC. It's really unsettling and like the controversy over Avatar: The Last Airbender (racebending.com); I doubt this will blow over quickly.

Since we're here, consider changing up the marketing department as well? You under-promoted Push and targeted the tiny teen set, while over-promoting the lame as hell Sex Drive at Comic Con 2008. Push was wildly better and had so much potential for brand extension it's wasn't even funny. On the flip side you marketed Knowing as a horror film, when it really had a chance to be this generation's Close Encounters with the Third Kind.

Small production companies make it BIG because of their brand; eventually they become a haven for the artist or a well known refuge of excellent content. Your choices so far, are leading nowhere quickly. And it's a shame because there WAS quite the promise for awhile wasn't there?

I'm a LONG TIME Summit Believer (Twelfth Night, Breakfast of Champions, Lock, Stock, Memento, etc) who's hoping you just go ahead and back the F up on Victoria. Bow to fan pressure; everyone's going to love you for it! I saw Breakfast of Champions in the theater and frakkin loved it, shouldn't that count for something?